Who defines the line between Robot and Human? 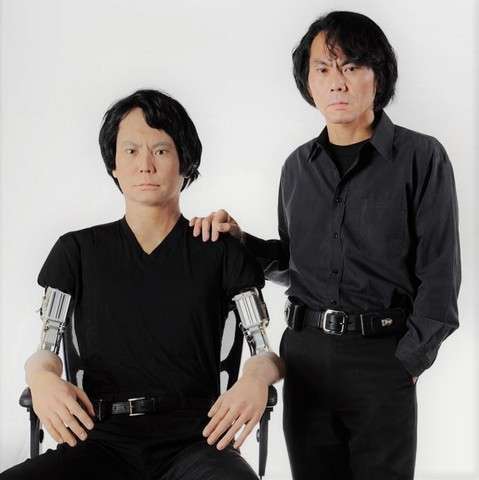 From the time we are young we are exposed to TV shows and movies depicting the existence of robots in the not so far away future. The Jetsons live in 2012. I can’t be the only one who was disappointed in having my own personal robot maid in 2012, can I?

The good news is that the timeline may have shifted, but it’s still there. With today’s sophisticated and realistic robots, the line between human and machine seem to be increasingly diminishing. But with that line diminishing, the role of defining that line falls onto technology providers.

Till now, these renditions of robots designed to look, touch and act like humans were contained within the realm of fiction. We have android style robots right now that can reasonably pass off for a human. Such as the replica of Hiroshi Ishiguro or the robots made by Mesmer that are used for movies.

Now that we are closer to that future, the problems of having a robot that looks, feels, talks and resembles a human starts coming into the picture. Google experienced it first-hand when they unveiled their Duplex AI-powered voice assistant.

The voice algorithm that is so real, it purposefully adds in pauses, ‘umms’ and ‘ahhs’ to make it sound like a human. It debuted by booking at appointment with a hair salon, by talking to their receptionist. But the thing is, the receptionist was not able to make out that she was talking to an AI.

Google had a mini crisis at hand. They had the technology that could pass off as a human, but ‘should they?’ became the question. Before they could answer, the public answered it for them. It was a profound No.

The solution to this is rather simple – technology providers now have a responsibility to make the public aware - which is exactly what Google did. They later clarified that the Duplex will first introduce itself as an AI, before it started talking.

The designers that made ElliQ kept this in mind as they made ElliQ – a robot companion for the elderly that reminded them to stay active and healthy while connecting them with their family. ElliQ has a purposefully made robotic voice, and robotic features that affirms that it is indeed a robot.

During the beta testing of ElliQ, many of the users reported that they had started looking at ElliQ as a new entity in their lives rather than say, a new toaster. Even though they know without a doubt that ElliQ is a machine.

This reaffirms our viewpoint that, it doesn’t have to be that - the more real a robot gets, the more detested it becomes. It simply depends on how the technology owner handles the tech, and are they successful in defining that line between human and tech.

The human species as a whole has some level of tech addiction, and our advances aren’t going to stop any time soon. But we must always remember that it falls upon the technology provider to maintain open communication and full disclosure with all those who embrace these technological advances. As we always have, we will find a solution that allows us to push on without compromising our ways.

If you thought that was interesting, then you’ll certainly find these a good read too.

After 12 years of using OPERA, the brand’s latest property is no exception.

PCaaS got your head scratching? We have the answers.

What comes first – Ambience or IT?

The five million dirhams question when you are opening a restaurant.

Did you find this useful?

Did you find this useful?

Yes, I found this useful!

Hmm, it was okay!

No, it wasn't useful!